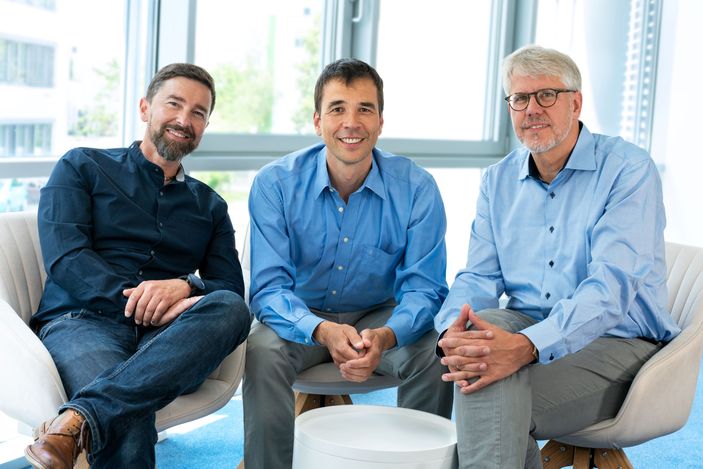 Armin Zach has been one of the start-up members of TOPTICA Photonics AG already in 1998. He has spent his entire career in the laser industry, with deep experience in research and product development. He graduated in 1998 with a degree in bio-medical engineering and precision engineering from the University of Applied Sciences in Ulm. During his diploma thesis at the chair of Prof. Hänsch at the Ludwig-Maximilians-Universität Munich, he became enthusiastic about laser physics. Thus he joined TOPTICA Photonics, which was founded as a start-up company at that time. In the following years he worked in research and development of semiconductor lasers and ultrafast fiber lasers, where many products of TOPTICA Photonics AG originated. Subsequently, he headed the R&D department of TOPTICA in the field of fiber lasers and frequency comb technology. As a co-founder of TOPTICA Projects GmbH, he has overseen the company’s R&D since its spin-off in October 2016.

Successful engagement over the many years

Wilhelm Kaenders and Frank Lison now also welcome Armin Zach in the new leadership role: “The TOPTICA brand, as it is perceived globally today and the constant growth of the company, is driven by quite some part by Armin’s successful engagement over the many years that we have worked together.”
Armin Zach is looking with great excitement to the new task: “The special spirit of the spin-off TOPTICA-Projects and the technology of the Sodium Guide Star Lasers have always thrilled me. What excites me most is the mixture of laser physics, astronomy and space technology all joined into the Sodium Guide Star System. I am looking forward to working with Wilhelm and Frank and the entire TOPTICA-Projects team in the exciting years ahead.”

TOPTICA Projects GmbH has currently 20 employees and its facilities in Martinsried (Munich), located close to the mothership. Its current staff is active for design, development, manufacturing, and support of our high-tech laser systems. This includes installations at our customer sites in Chile, Hawaii and on the Canary Islands.