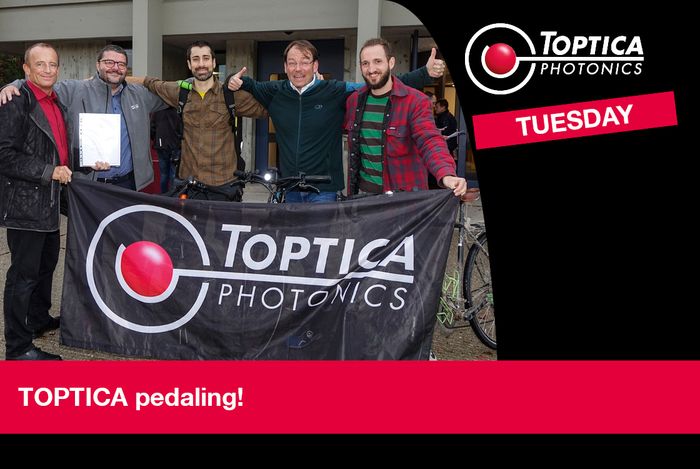 Since 2014, our community Gräfelfing takes part in the STADTRADELN. Since then, the kilometers have been increased almost every year. From year to year, there are more cyclists who pedal for climate protection. The aim of the campaign is that as many trips as possible are made by bicycle instead of by car. "The STADTRADELN action is an important element in our efforts to effectively promote cycling," said Mayor Uta Wüst.

Our TOPTICA bike team achieved a whopping 12,152 kilometers in three weeks with 38 cyclists. Our team was clearly at the top, followed by the PIXEL Group bikers with 7,894 kilometers and the Opto GmbH with 5,145 kilometers. Among the individual cyclists, our Emilio Lopes (957 kilometers) and Florian Figge (907 kilometers) made it to places 4 and 5. All details at www.stadtradeln.de/graefelfing