As is well known, soon after Maiman’s initial laser demonstration, someone – just who is a matter of dispute – quipped that the laser was “a solution looking for a problem”. World‘s industry clearly got the message. In the six decades since, the laser has spawned a global market estimated by Strategies Unlimited at more than US$16.6 billion annually and is a key enabler for our modern society. The past six decades have pushed the technology from being just a small, first dim laser light to many extremes covering the full spectral range from x-ray to the MidIR. 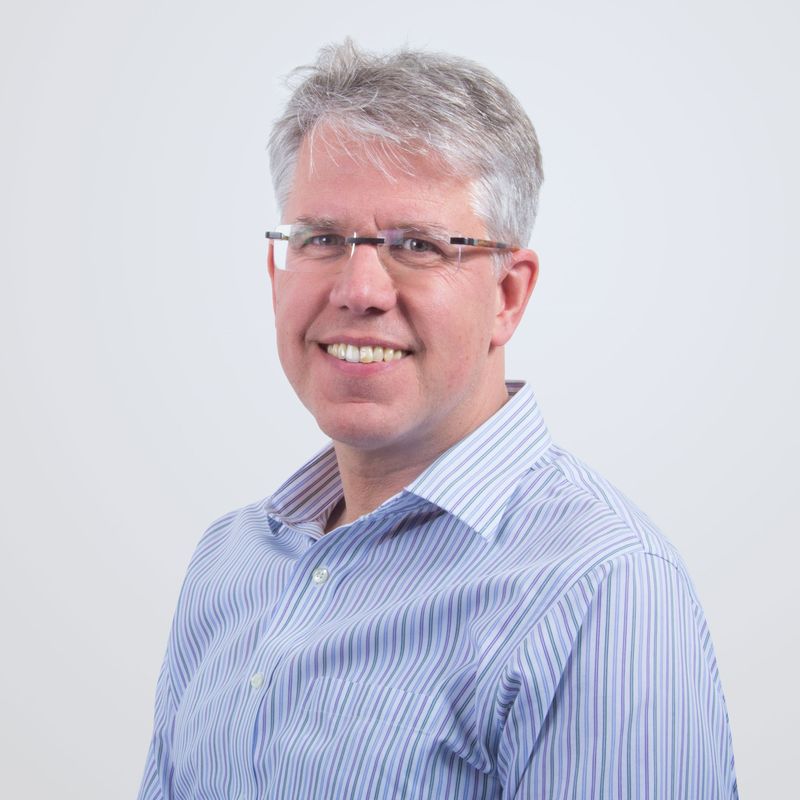 “In many approaches to quantum computers, lasers are an indispensable tool to prepare, initialize and interrogate quantum states.”

As Kaenders observes, the laser industry’s growth reflects improvement on a huge variety of fronts, ranging from expansion of the available spectral range and improvements in stability and linewidth to the “new laser field” opened by the advent of frequency combs. One “remarkable achievement,” he says, has been the laser’s extension to an almost complete range of wavelengths, which has allowed it to penetrate a vast array of markets in manufacturing, sensing and analysis. “Most materials can today be addressed for various forms of processing … with a suitable laser source” says Kaenders, who cites some relatively new examples—cutting/ablating with UV wavelengths; welding copper with blue/green diode lasers; bioprinting with 3-µm IR laser light.

Kaenders notes that today, some venerable and well-developed lasers—such as “the ubiquitous gas lasers that were among the technologies that started the laser field”—are still “able to defend some market niches.” But those niches, he believes, may fall to direct diodes, diode-pumped solid-state lasers or fiber lasers as customers increasingly focus on compactness, efficiency, integration and cost of ownership.

In the area of medical applications, for example, Kaenders believes for ultrafast techniques like multiphoton microscopy, only fiber lasers are compact, convenient and efficient enough to drive the transition of applications from research labs to the clinic—even solving the light-delivery problem as part of the design. One other example he cites is “multi-laser engines,” in which one unit provides different colors to drive diverse applications such as microscopy, cytometry and DNA sequencing: A unit that once required “a cubic meter of space and kilowatts of electrical power,” Kaenders says, can now “be served out of a shoebox-sized device.”

In a somewhat more exotic vein, Kaenders also sees potential in the emerging market for quantum technology. “In many approaches to quantum computers,” he says, “lasers are an indispensable tool to prepare, initialize and interrogate quantum states,” as well as for linking quantum processors together in networks. For current experiments in quantum technology involving trapped ions or atoms, he observes, today’s lasers seem equal to the task, providing the needed tunability and optical phase control. “The challenges for the future are more like how to get these lasers out out of the lab—ultra-compact and transportable, but still high performing,” says Kaenders.

Extract from the post "The Laser at 60" by  Stewart Wills , OPTICS&PHOTONICS NEWS, OSA May 2020

Here we have another great contemporary document: 10 years ago, the former President of the United States Barack Obama praised the laser and its achievement for science and technology. A president with foresight and wisdom. 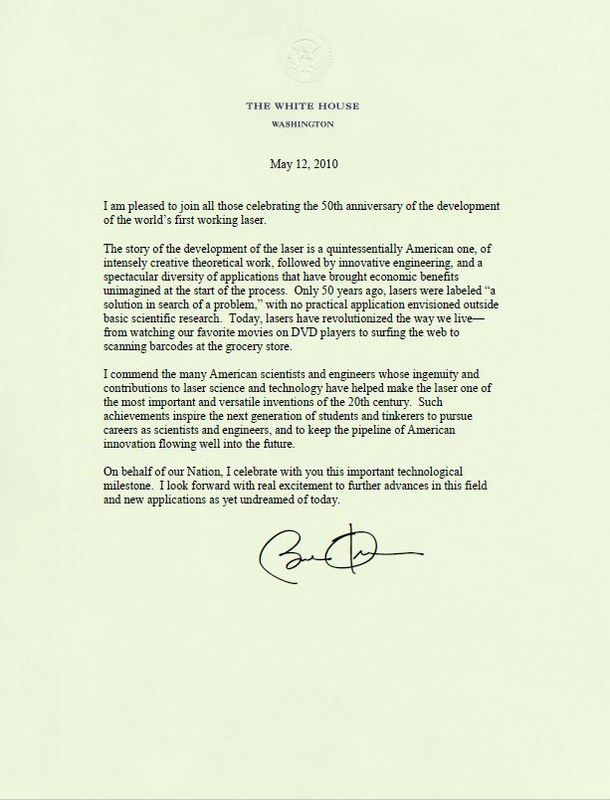 Not by chance, laser technology enables the most effective weapons in the fight against the corona virus and makes the necessary research work in laboratories worldwide possible. Thus, the Laser on its 60th birthday is more important than ever for human mankind and humanity.

How can we celebrate this major event for photonics in times of Corona and social distancing?
TOPTICA people have designed individual “laser face masks” with various subjects from physics, optics and laser applications. More will come up in the next days. 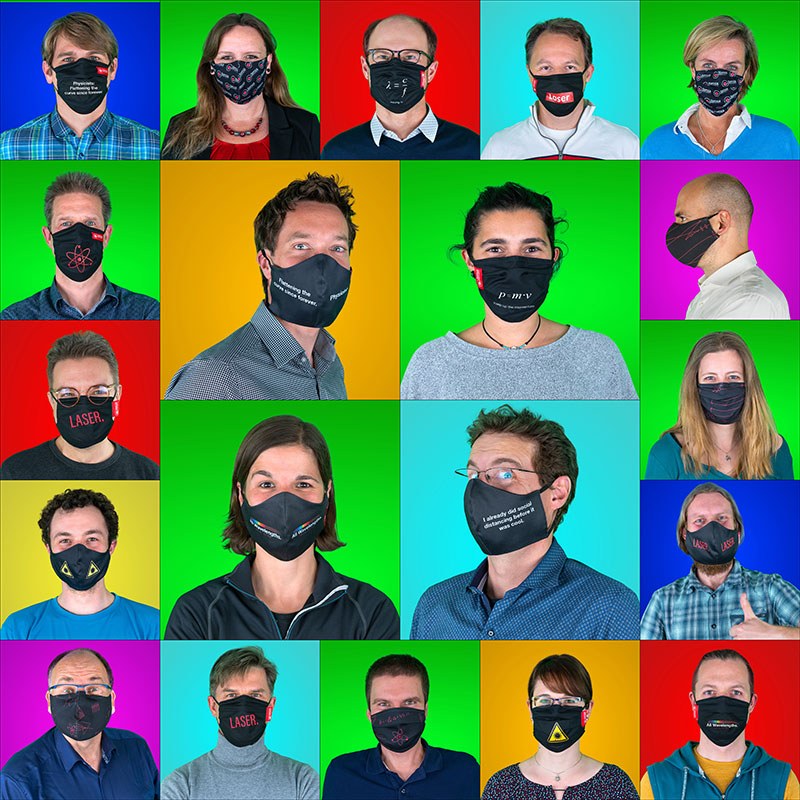