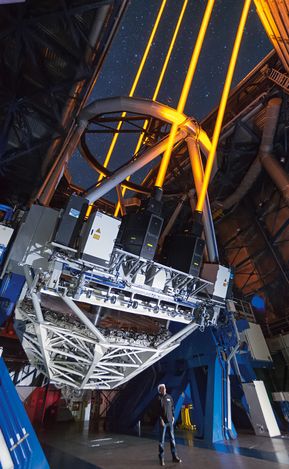 The Guide Star Alliance - consisting of TOPTICA Photonics, MPB Communications and the European Southern Observatory (ESO) - will be rewarded with the 2017 Paul F. Forman Team Engineering Excellence Award of the Optical Society of America. They have developed a high-power CW tunable guide star laser system (SodiumStar) that is now considered the quasi-standard for existing and planned telescopes around the world.