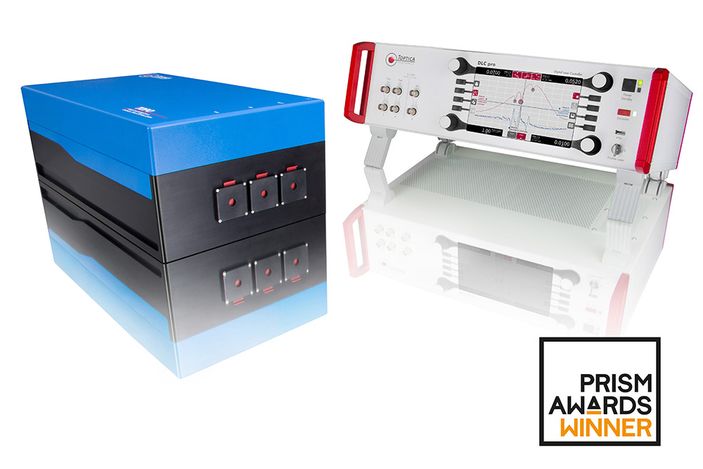 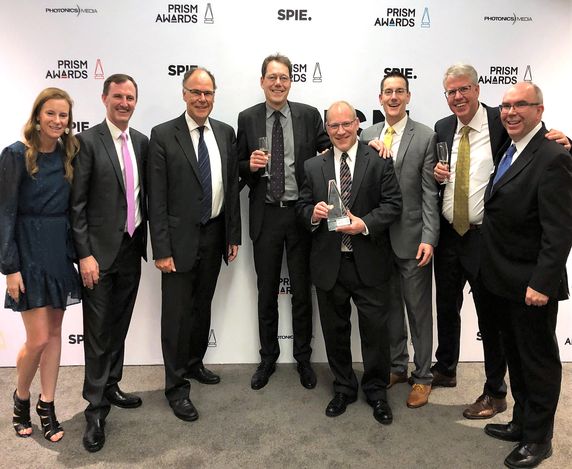 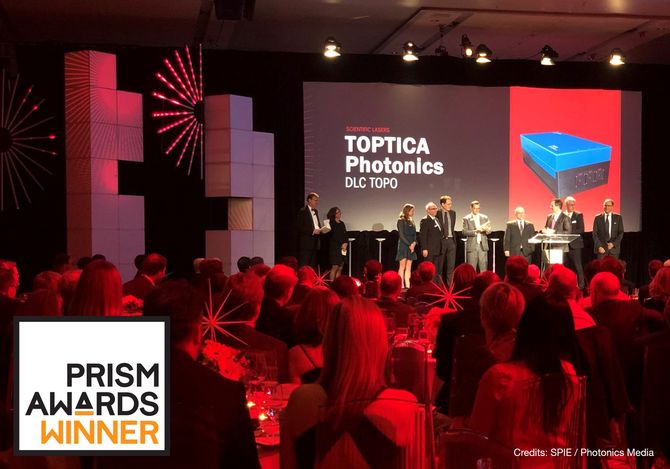 The Prism Awards, often described as the "Oscars of the Photonics Industry", presented ten categories with more than 100 participating companies. TOPTICA’s DLC TOPO, a mid-IR light source for molecular spectroscopy, was announced as a finalist in December 2018 and won in the scientific laser category!

Presenting the award, Prof. Dr. Ursula Keller, Head of Research of ETH Zürich and a pioneer in the field of ultrafast lasers, humorously challenged the perception that scientific lasers are “not good enough for industry” but rather emphasized that the definition should be  "exactly the right number of buttons so that the scientist has fun". The TOPO has four knobs and eight switches – just the right amount.

“We are proud to receive this award tonight for our contributions and innovation” says Mark A. Tolbert, President of TOPTICA Photonics, Inc. “To win this award means more than just being recognized, it means a group of leading industry experts support and believe we have created a valuable product. Contributing to the success of our customers is our goal as a company.”

Dr. Wilhelm Kaenders, founder of TOPTICA Photonics AG, adds: “Winning the award is caused by the special TOPTICA spirit and the exciting technology mix we have. Considering the tough competitive factors, we are of course very proud to have won this innovation award."

About the award:
The Prism Awards for Photonics Innovation is a leading international competition that honors the best new optics and photonics products on the market. SPIE, along with its media partner Photonics Media, has presented awards to companies and individuals since 2008. The Prism Awards provide recognition to companies that are creating products that make a difference, solve problems, and improve life through photonics. The Prism Awards is a celebration of the best of our industry. The ceremony takes place every year in conjunction with SPIE Photonics West in San Francisco, California.