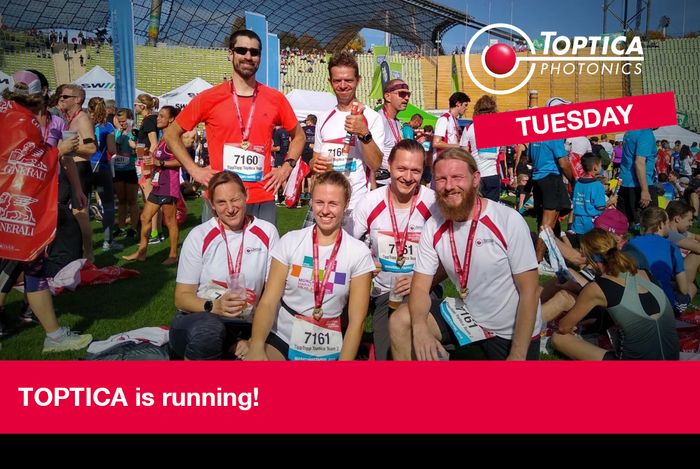 At this year's Munich Marathon two TOPTICA squadrons were again at the start!

TippTopp Toptica Team I finished in 3h 32m 34s and 81st place and TippTopp Toptica Team II followed shortly after with a total time of 3h 43m 07s and place 154 of 751 squadrons!
Around 20,000 runners took part in the Generali Marathon Munich over the various distances on 13.10.2019. The main track is exactly 42.195 kilometers long, start and finish were in the Olympic Park, in between lay a hard piece of running work from Schwabing, over the old town, through the Au and Bogenhausen - before the participants in the last 300 meters in the Olympic Stadium on the finish line rejoiced.
We are looking forward to next year!